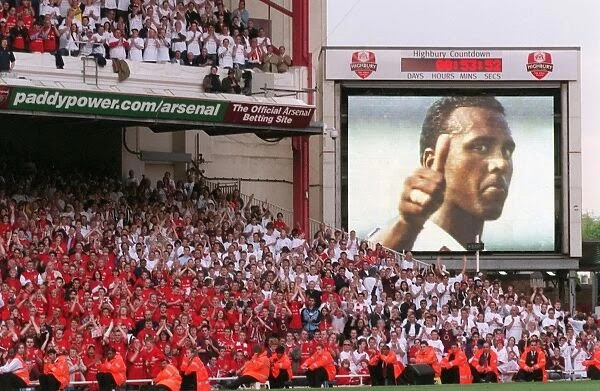 David Rocastle was no ordinary footballer, he joined Arsenal in 1983 and went on to be a key part of George Graham's side that won two league titles in 1989 and 1991, he was also capped 14 times for England. Having left Arsenal for Leeds in 1992 his career never took off as many hoped, constantly plagued by injuries he struggled to maintain any kind of form and after several transfers he eventually retired from football in 1999.

Tragically in 2001 David was struck down a particularly aggressive form of lymphoma, a cancer of the immune system, and he died on the 31st of March 2001. Aside from the football, the real reason that David Rocastle is remembered so very fondly by one and all is down to the nature of the man himself. David Rocastle was the consumate professional, modest and loyal to the extreme, attributes that are rarely seen in football of the modern era.

As we are approaching the seventh anniversary of Rocky's death, the website Rocky7 has been setup in order to give Arsenal fans a place to leave their tributes to rocky, as well as doing some valuable fundraising for some very worthwhile charities. Rather than listening to me waffle on about someone I never knew I suggest you take the time to read the personal tributes from some people very close to the man.

Rocky captures so much of our imaginations because he represents so much of what is missing in the modern game. The world would be a much better place if we all aspired to be that little but more like David Rocastle. In a modern society in which so many things are seen in terms of only greed and economics, we would all do well to remember that it is not just the end product of anything that is important, the way one does things and the way one conducts oneself is just as important, if not far more important. RIP Rocky.
Posted by 1979gooner at 10:00

I've added you to my links.

Keep up the good work.

good luck with the site and fundraising

Thank you for another great article. Where else could anyone get that kind of information in such a perfect way of writing? I have a presentation next week, and I am on the look for such information.
sports betting