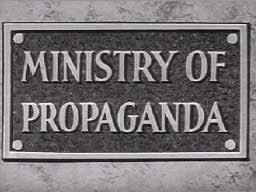 "The balance between physicality and player protection is right.........Fewer free-kicks result in things such as an increase in average goals per game and average shots in the game.........Everything in the Premier League is moving towards an exciting game that people want to see."
This is the stuff of the Premier League (PL) propaganda ministry.  Mike Riley is head of the PGMOL, the not so 'independent' body which runs refereeing for the PL.  Mike Riley was commenting on the fact that the number of fouls awarded has gone down 22% since 2006, sadly he makes the grave error of assuming that fouls awarded is a good marker of fouls committed, it clearly is not.
The original BBC piece is a pretty poor piece of journalism, it fails to objectively analyse the claims made and it simply repeats a few tired old stories.  There is an alternative explanation which does fit well with the facts and is far more consistent with the fact that the PGMOL is right in the PL's pocket.  It is rather worrying that MPs think the PL runs the FA, the lack of strong independent bodies in football to run the disciplinary process and refereeing is highly concerning.
The alternative explanation does not assume that fouls awarded represents fouls committed.  Certainly the PL cares little for fairness and player safety, they are far more concerned with their financial income and a fast blustering violent type of football will sell far better than a calmer more technical type of game.  It is arguable that refereeing has simply become more lenient in recent years and many fouls are just ignored, when compared to other major footballing leagues. This fits far better with what happens in the Champions League and the international game, where discipline is far more strictly enforced and the national England side struggles greatly as a result of this chasm in refereeing standards.  The same is true on dissent, the number of cards for dissent is going down but dissent is clearly not reducing, the way it is punished has simply become far more lenient.
The argument of less free kicks resulting in more goals is clearly ludicrous, Untold Arsenal have exposed this with yet another neat analysis, something that seems well beyond the propaganda minister of the PGMOL, Mike Riley.  The silence from the PL, the PGMOL and the mainstream media on these issues are deafening. In fact the way that the PL and PGMOL behave like communist propaganda ministries is scary, they hide from the public, they never answer questions.   It is also sad that so many football hacks are so deeply afraid of exposing the truth and biting the hand that feeds them in the process.  The PGMOL continues to hide, it plucks statistics from its derrière and doesn't reveal how they were gathered.  Why would these bodies behave like this if they had nothing to hide? Why indeed?
Posted by 1979gooner at 16:02 4 comments:

The summer is too nice to waste it getting worried over stories that have been made up by some sad, bitter and often vindictive Fleet street hack.  What happens in the close season happens and we can do precisely nothing to affect it.  Therefore I suggest everyone rises above the dross that is created to draw readers to tabloids and shoddy websites like Goal.com.

Sadly there are many many journalists out there who have no moral fibre at all.  Many of them simply sink to the lowest common denominator by making up nonsense in order to attract readers with sensationalist headlines.  It is interesting that so many of them deny this is their approach but 99.999% of their stories turn out to be incorrect, they are either very bad or very dishonest, I'll leave you to make your minds up.

I would strongly urge anyone interested in football to read the Commons Select Committee report on football governance, generally the media ignore it as they have their snouts in the Premier League trough, most journalists don't want to report the truth as it would bite that hand that feeds their slobbering greedy gobs.  These few quotes sum up just what trouble football governance is in England right now:

"Since the FA Main Board will be acting on the recommendations of the National Game Board and Professional Game Board, it is inevitable that, under these proposals, the Premier League will retain its dominance over the Football Association. Arguably, by devolving decision-making downwards, the joint proposals in some respects reinforce that dominance. While it is inevitable that the paymaster will have far greater influence than the other bodies in a representative organisation like the FA, we are disappointed that the proposals have not sought to alter this balance of power."

"We are concerned that a number of key decision areas have been delegated from the FA to the NGB and PGB, with the regulator in effect ceding power to the regulated. It is also a matter of concern that the National and Professional Game Boards—largely composed of vested interests from the top of the football pyramid—will have the power to decide whether or not new areas requiring regulation would fall under the sole purview of the Football Association."