Lucky Arsenal? Not at all

It looked like being another Blackburn, although we did not deserve to go behind, the domination in the first half had not been converted into clear cut chances and goals, albeit we did have two decent half chances which were narrowly missed by Giroud and Gervinho.  Norwich were pretty well organised on the whole and then took the lead completely against the run of play mid way through the second half and this sparked the game into life.

Norwich should never have had a free kick, their player tripped himself up and it was an extremely dangerous position for the dead ball, right on the right hand corner of the penalty box.  Credit is also due for the excellent delivery and header, some may blame Vermaelen, truth be told it was a brilliant set piece that is extremely tricky to do much about.  Norwich then proceeded to do some of the most tedious and pathetic time wasting, every goal kick, every free kick, every single throw in was taken as slowly as possible, it really was anti-sportsmanlike.

Then the so called 'controversy' - Giroud had his shirt hauled half off his back in the box, replays show this convincingly, it may not have been a great position for him to do much given where the ball was, but it was utterly stupid of Kamara to commit such a blatant foul.  The linesman on the far touch line called it from a distance and fair play to him, it was a spot on call.  The behaviour of the Norwich team was pathetic and symptomatic of the complete lack of respect shown to officials in the modern game.  Clearly they felt vulnerable and they would have done better to get on with the game, instead their anger and aggression worked against them, it gave our players more belief.  Norwich had chosen to destroy themselves by lamely trying to blame their own stupidity on the referee.

Norwich then crumbled.  The introduction of Podolski, Ox and Theo had certainly introduced some more pace and directness, and it was the Ox's excellent burst and 1-2 that saw Giroud tap home, credit to the Frenchman for being in the right place to take advantage though.  Podolski's excellent 20 yard blaster made the game safe.  It was a cracking show of character from the team and a really important win, we now move ahead of Tottenham and Chelsea with only a handful of games remaining.

The grapes are certainly sour in Norwich and the context of their spineless whining is very very amusing indeed.  Firstly their goal came from a free kick that should never have been.  Secondly Theo had a very good case for a penalty just after he had come on.  Thirdly replays show that our penalty was undeniable, Giroud's shirt was hauled half off his back.  Fourthly Norwich bottled it mentally, their childish dissent was like surrendering, they should have taken the decision like men and got on with the game, rather than aggressively trying to blame the referee for a good decision.  Fifthly their time wasting was poor.  I am sure that certain anti-Arsenal sections of the media will unfairly try to make Norwich appear unlucky, objective context shows this not to be the case, Norwich got exactly what they deserved from this game, and that is zero points.
Posted by 1979gooner at 19:16 16 comments: 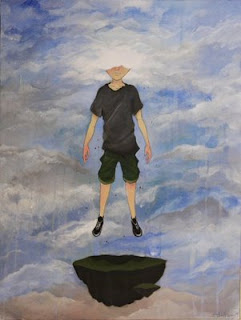 "Inevitably we always focus on the things that go wrong, but we don’t see the 95 per cent of really good respectful behaviour that happens during a game."
Posted by 1979gooner at 11:24 2 comments: