Probably the most uncompetitive league in the world....

If one believes all spouted by the Premier League's propaganda machinery then the PL is the most competitive and the finest league in the world.  Like all things related to complex statistics, one can always find numbers to back up any argument, but overall one has to objectively look at trends to see where the truth lies in this debate, is the Premier League really that competitive?

There are many other measures which demonstrate the lack of competitively in the PL, here the Guardian uses a points based measure to show how the gap between top and bottom in England is highest, as is the gap from 4th to 4th bottom, and this is out of all the major footballing leagues in the World!  Another excellent Guardian article shows how things have got steadily less competitive in the last thirty years.  It is simple utter rubbish to claim that the PL is an open and competitive league, the statistics show that it is getting less and less competitive over time, and that it is one of the least competitive leagues in the world!

The financial inequality in the PL is of even greater concern.  Numerous reliable and valid measures of inequality show that the trend in the PL is towards more and more domination by the rich few at the top.  The Four-Firm Concentration Ratio (CR4) and Herfindahl-Hirschman Index (HHI) give this game away, as does the worrying trend away from the Lorenz curve.  The rise in inequality is well shown by the fact that in 2009/10, 75% of the cumulative £XI (average cost of starting eleven over season) is in the top 8 clubs, ten years earlier the figure was only 45%.

The unsustainable spending by the morally bankrupt clubs in the PL is wrecking the game, I rest my case, things are getting worse and worse, the PL is becoming more and more predictable.  Of course we now have some great world class players on show thanks to the ill gotten gains of Abrahmovich et al, however is this a price worth paying to have a league that is in danger of becoming one of the dullest and least competitive in world sport?  I would argue strongly no, we badly need some tough regulation of football to ensure that it is more competitive, a strategy that has worked well in the US and Australia is salary caps.

Obviously there is precious little chance of that happening with our deeply corrupt and money grabbing governing bodies which include the PL, the FA, UEFA and FIFA.  Financial Fair Play is not designed to stop the unsustainable spending funded by rich investors, it is there to avoid debt, so anyone hoping FFP will do anything to make things a bit more competitive and exciting is in for a nasty surprise.  If nothing is done then the PL will simply continue down this road towards total dullness and a complete lack of competition.  Maybe Chelsea and City fans will enjoy this in the short term, unfortunately we will all be losers in the long term.  Just don't believe the hype from the PL press office and Sky Sports, the PL is not a competitive league, it is a very dull one, relatively speaking.

A lot has happened in the last couple of days, not much of it positive for Gooners, but we have most certainly learnt a lot about certain individuals, both of whom claim or have claimed to 'love' Arsenal FC.  In particular the rambling, angry and largely incoherent letter from Red and White, Usmanov and his partner (in crime (tfic for the lawyers!)) Moshiri.

It is abundantly clear that Usmanov has exploited a moment of turmoil after RVP's letter in a rather malignantly opportunistic manner.  Usmanov's letter is meandering and random with its childish mud slinging, it is also poorly composed and poorly structured.  This is not the work of someone with a clear strategic plan for the club, it is the selfish ranting of a megalomaniac who wants to get his own way by divide and rule.

The proper analysis of the balance sheet structure, profitability and financial strategy is glaring by its absence.  The letter is purely a PR stunt, and should be ignored at all costs.  Much as RVP said it isn't about money, Usmanov and Moshiri say they don't want to create conflict, it is clear that in both cases the protesting too much gives their game away I'm afraid.  Usmanov is an unpleasant individual with a deeply shady past, and judging by his petty ranting he is not someone we need anywhere near our football club.

Criticising the current board and owner is one thing, I have no problem with this, we have many issues that need addressing.  However I do think that the board are going about a lot of this work in a very professional and efficient manner.  A lot of the nonsense spoken about Kroenke in the last few days has been nothing but downright lies, he has not taken money out of Arsenal or any other of his sporting franchises.

There are also a lot of issues that the club are completely unable to control, the unsustainable and reckless spending from clubs like City and Chelsea has created a false environment, realistically by trying to compete financially with these clubs we could very well be digging our own grave.  In my opinion whatever we offered RVP, clubs like City and Chelsea could double it, practically it is difficult to outspend a blank cheque.

In conclusion I would beg all Arsenal fans to take the time to read Red and White's letter, consider the motives of these untrustworthy individuals and analyse if they offer the club anything concrete other than vague wishes and angry ranting.  In my opinion being an Arsena fan is not about winning and trophies, it is about supporting a club that always tries to behave with a bit more dignity and class than others.  I do not want Arsenal to be another tycoon's play thing or a criminal's penis extension, I want Arsenal to retain its unique status in football and this means keeping Usmanov at a safe distance.  We trust and welcome Usmanov into our club at our peril.
Posted by 1979gooner at 19:22 29 comments:

Exclusive letter to Usmanov from the fans 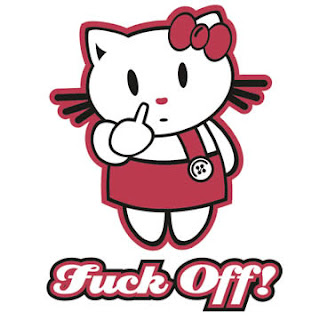 RVP has been tapped up and is moving for money

Sometimes people try to spin things with a crafty statement and this is precisely what RVP has tried today, the big question is who is orchestrating this behaviour?  It is clear from reading between the lines that RVP head was turned a while ago and that he had no intention of signing a new contract with the club:


"Financial terms or a contract have not been discussed, since this is not my priority at all."

RVP had no intention of signing a new contract, if he had done then he would have at least briefly discussed the finances of a new deal.  The fact that he feels the need to make this statement and specifically mention money gives the game away.  He is clearly moving away for more money.

RVP has been tapped up, he knows certain other clubs that are unsustainable bankrolled by some rather disgusting individuals can pay him many more million pounds than we can.  He has spoken to another club behind Arsenal's back and his statement has been specifically designed to push for a move by undermining the club's position.  In the process he has spat upon the club and us, the fans, who have shown him so much loyalty and support throughout the bad times.

Football is morally and ethically bankrupt, this was perfectly demonstrated by the most despicable two clubs picking up the big trophies last season, money can buy success and it can also kill the soul of the sport we love.  So Gooners have faith, do not believe RVP's hollow dishonest words, he is just another symptom of the modern disease that is greed in football.  I expect RVP will sign for a certain English club fairly soon, it will be another nail in the coffin of football's soul, sad days indeed.  I would still rather win nothing than become the pure malignant scum that clubs like Chelsea and Manchester City have become.

Perversely I think RVP's statement has blown up in his face and Arsenal's simple counter statement has won the day.  RVP has lost the fans and knows he cannot stay know, Arsenal can play hardball because they know he will not want to stay on for that final year, RVP is in a very tricky position now...... 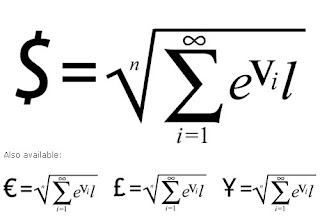 So Robin Van Persie has 'kindly' released an 'update for the fans'.  The great irony is that he pretends to care for the loyal Arsenal fans who have supported him through the good and the bad times, and in RVP's Arsenal career there have been many more bad times given the massive amount of time he has spent out injured on the sidelines.

If Robin genuinely cared for the club and fans then he would not be releasing this kind of statement on his personal website, in doing what he has done he is showing a significant lack of respect to the club and fans.  Robin also makes a number of claims that I find to be highly dubious, including claiming that money has not been discussed and that this has zero to do with his decision.

If we believe Robin then the club is not showing the ambition he desires, however even if this is the case should he really be coming out and issuing such a statement when is under contract?  I think not.  I also think that by doing so he is shafting the club in terms of getting a decent fee.  Given how Robin has only played about half our games in the last eight years it is all a bit rich in my eyes.

The bottom line is that Arsenal football club is way bigger than any player and we will move on if RVP leaves this summer.  If I were in control I would refuse to listen to anything other than a >20million offer and if this were not made then I would stick RVP in the Reserves for the year.  I have had enough of the modern game of football, the game is dying for me and it has very little soul left.

Thanks for the memories Robin, it is just a great shame that you have tarnished your reputation with us, the fans, by releasing such a statement in such a manner.  One day you will realise there is more to life than what you currently seek and that the hero status you could have had here is something you will never achieve elsewhere.  Adios.
Posted by 1979gooner at 18:48 16 comments: