Round up on a sunny Sunday 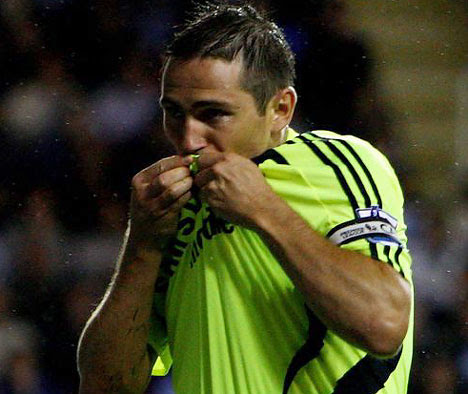 If ever a couple of stories summed up just how inconsistent the media has been with transfer rumours, here they are, one claims that Adebayor is too expensive for Milan and that the move is off, while the other claims that Arsenal have lowered their asking price and that Adebayor will shortly be joining Milan. I know which one I hope to be true. Adebayor's greasy agent is quoted as saying:

"I'm getting really fed up with being bombarded by journalists so for the moment we are saying nothing more."
Well Stephane you c**t, it's a bit rich for a greedy bastard like you to be fed up with media attention given that you've just cynically and unethically got your greedy client a move by manipulating the very same media. Your sort make me want to vomit, you really are the lowest of the low, you live off the talents of others and have the ethics of an incarcerated weasel. If Adebayor goes to Milan it may well be the beginning of the end for his career, Italy is not kind on strikers and Ade may well regret listening to your short sighted money grabbing advice.

On the topic of greedy bastards, there's a piece here on this theme in the Sunday Mirror. It seems strange to me that there are so many hypocrites out there who were happy to love the obnoxious Ronaldo right until the last minute, despite the warning signs being there from day one. It's amusing to see that 'badge kissing' fat Frank 'sumo' Lampard is 'insulted' by Chelsea's offer of 140 grand a week, rather reminiscent of the Ashley Cole saga. Personally I think it's got to the point now where fans should unite against these hypocritical greedy players, if they knew that they would be booed for the rest of their careers for this kind of behaviour it may force them to demonstrate some ethics in their pursuit of a career.

Elsewhere the Insider has an interesting piece comparing Santa Cruz and Falcao, assuming the greedy Togoan is on his way. Personally I'm not sure if Santa Cruz is up to the job of playing for a top side and I think judging players on video clips is a dangerous game. Unfortunately Alexandre Song is off to the Olympics, leaving us rather short of cover at centre back and defensive centre midfield at the start of the season, good luck to him though. Arseblog reports on the unlikely story of Samuel Eto'o coming as part exchange for Adebayor, there are many reasons that make this unlikely, not least his wages. Young Guns reports un the stupid UEFA rules that result in compensation having to be paid for players who are over 20 and out of contract. Meanwhile this excellent discussion piece makes a mockery of UEFA's logic.

Whatever happens in the next few days I just hope we can unload our greedy players who have shown no commitment to the club or fans with their recent behaviour. I will be just be happy if we can start the season with a bunch of young hungry players who are 100% committed to the cause. I would rather win nothing than see the likes of Adebayor and Hleb bully the club into paying them more money than their avarice deserves.
Posted by 1979gooner at 08:52

Labels: sunday round up

I will now say with certainty that we have sold Adebayor.

The reason (solid as gold) for this is as follows;
- the original Away shirt PR stuff had the picture of lots of the team, Adebayor included, with the legends from Anfield.
- ON Arsenal.com this has now been trimmed so that it only shows Cesc on the homepage banner, and then on the on-line store it filters between individual shots of Kolo, Theo & Manual, Billy and Cesc.

NO ADEBAYOR. Who I think was the only other individual in the original picture.

I am certain this signifies something.

Only that you spend too much time on Arsenal.com !

We need an out and out goalscorer!
How about Podolski?

The Adebayor and Hleb sagas are both boring me senseless. I wonder what can be going wrong? Usually, there are only two things that can go wrong: either the clubs can't agree a price or the new club and player can't agree a salary.

I'm betting that the piece in this jigsaw that is causing problems is Ronaldinho. Barcelona need him signed up to someone else to release funds for more transfers and AC Milan are waiting to see whether Ronaldinho will join them before going firmly for Adebayor.

So until old buck-tooth Ronnie makes his mind up, I think this one is going to drift on forever.

However, once the dust settles, I'm predicting a £35m deal for both Adebayor and Hleb to Barcelona.

indeed, it's getting very boring.

i'm surprised anyone wants ronaldinho given his fatness, poor performances recently and lack of motivation, not forgetting his huge salary.

Also, it could be a negotiation over a swap as well as the cash injection from the Ronaldinho sale.

I'd say it's like the Nasri deal. It is done, we all know it's done, it just won't be announced for a while.

I am giving up transfers for lent this year. If Robinho (looking forward to Hull away is he?) costs £48m, Ronaldinho (almost as fat as Rooney) costs c.£20m and Adebayor (one good season - in fact half a good season) c.£30m, Bentley (too shit for even England) £17m, then I can safely say I cannot be bothered.

The prices quoted for players is an absolute joke. If the credit crunch starts to bite and attendances drop at Premier League games this season, then things could be looking really shite for some clubs. Empty seats were easy to spot last year at Bolton, Boro and Blackburn, which must hurt the club's cashflow badly.

Spurs must be in trouble if things get tough. Massive spending for years with no rewards whatsoever. Unless they get a good price for Berbatov, then its hello Leeds and Luton.

I would laugh until I split if they go into administration.