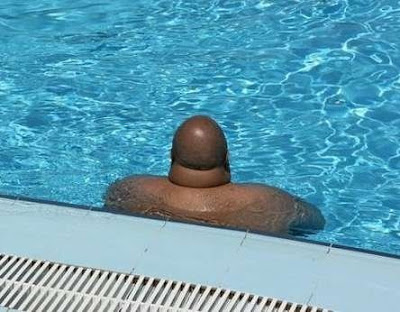 "Has there been any contact with the medical staff of Holland and Arsenal? I don’t know. I don’t care, because I spoke to Robin personally and I just made the selection and will wait for any comments to come."
These are the words of the immense penis who goes by the name of Bert van Majwijk. I am not quite sure why the man is such a bell end, but his comments show him up to be an absolute wanker. Let the comments come dickhead.

RVP has not played for almost three months, he has had a run of serious ankle injuries, he needs to be reintroduced to action in a very careful staged manner, the last thing he needs is to be rushed back for some meaningless friendly game and then to pick up another niggle.

The worst thing about all this is the rank arrogance and complete lack of respect shown by Bert van Dickhead towards Arsenal FC. The fact that AFC pay his wages seems not to matter, RVP's long term fitness is also not a concern to the national side apparently.

The whole sorry saga shows that there is a big problem in national sides exploiting players, taking stupid risks with players that they do not pay for and then leaving the clubs to pick up the pieces. Let the comments come Bert, f*ck off you worthless arrogant disrespectful piece of sh*t.
Posted by 1979gooner at 10:13

The players can show a bit of sense by telling their national team manager not to select them.

It's time for RVP to either ask for special dispensation from Holland duty when it makes sense to do so, or find another club.

Sorry, I like RVP, but the amount of time he has spent injured has surpassed Sicknote Anderton now. If he wants to stay at Arsenal, he needs to show us the same loyalty we've shown him.

could not agree more,

Best thing we can do is sell RVP, yes he's a top quality striker, but when was the last time he showed us that in the red n White of arsenal, weeks of wages spent on a player that doesn't play! a quick sale in jan for 15mil and we have options to buy another striker. Chamakh is well worthy of becoming first choice and I'm sure other gunners agree it's time to move on from RVP

yeah, to be honest van persie is taking the piss, he always gets injured when playing for holland in utter useless games and we always stick by him, wait months for him to recover and hes off again knowing wenger doesn't like it.

well one things for sure, van persie is taking his place at arsenal for granted. he comes back and acts like he's the focal figure, well he's not anymore. mourinho can have him in a benzema swap. - would be lovely.

For the first time, I'm glad that the Netherlands lost the World Cup Final. That the Spain team was full of Barcelona narcissists and Real Madrid Francoistas has not changed. But while van Persie (current Arsenal), van Bronckhorst (former Arsenal) and several other Dutch players (though not de Jong) deserved to win the World Cup, van Marwijk did not.

Calling him male sex organ names is wrong. He is not a d!ck, he is a c*nt Robin has done his bit for Queen and country. He should tell van Marwijk to take his callup, wrap it around a hot poker, and shove it up his Pulis.

He just wants to pick a fight with Wenger....