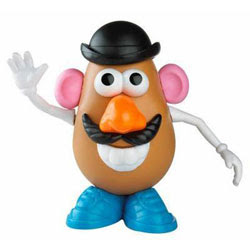 I can exclusively reveal to Manu fans, who may I add have been a bit slow on the uptake, that Wayne Rooney is a c*nt. It is quite remarkable that is has taken them so long to realise this simple fact, apparently it stems from the fact that he is sculpted from potato and his high starch content results in him having to be stored in extremely expensive surrounds, hence the need for a twenty million pound salary. Frankly I couldn't give a monkeys about the tabbing chav, anyone willing to pay the money should have their hands bitten off. I am bored of the media speculation already, it is especially ridiculous given that fat Wayne hasn't played well for over six months.

Moving onto a contrasting story, about a club with a positive financial position, Arsene has spoken about the fact that money is very much available for the transfer window in January coming. It is a little concerning that a certain Mr Vermaelen hasn't been seen for several weeks and everyone has heard the rumours. It is a tad unusual to pick up an Achilles niggle acutely, it tends to be a chronic problem. Anyway he hasn't played for us since returning with an injury from international duty a while back, hopefully he'll be back in a week or two. Thank God Arsene signed Kos and Squillaci, we would be in real trouble if he had not.

Now onto the Shakhtar game, I have been hectic at work, so haven't had time to write up the game as yet, for this I apologise. Overall it was a very decent showing, although Shakhtar weren't great, this was largely because our energetic pressing made them look rather average. We needed a bit of luck to get going, there was no doubt that the goalkeeping howler catalysed the win. Nasri's excellent finish for no2 before half time seemed to further deflate the Ukranians' balloon.

We looked a real team, the fact that a certain Russian was absent undoubtedly had an effect, every single player worked hard and chased back. The midfield three of Wilshere/Song/Cesc is probably our best possible, while the energy of Nasri and Rosicky was vital, Chamakh led the line well again and gave us an alternative direct option that was used to good effect at times. Defensively I was impressed by Squillaci and Djourou, the latter looking as good as he has done in a while, always trying to aggressively win the ball when possible. Eboue and Fabiasnki played well too.

Adrian 'fannybag' Durham wrote a particularly inflammatory and ignorant piece on Eduardo's excellent reception on Tuesday evening. He claims that the 'Eduardo ovation sums up Arsenal' and then proceeds to insult Eduardo and Arsenal for the rest of the piece. I think the reception Eduardo got does sum Arsenal up but not in the way that the putrid Durham describes. It shows that Arsenal fans have a great respect for a player who always did his best, a player who fought back from a horrific injury under difficult circumstances, Eduardo's reception was both heart warming and healthy in today's climate of mercenaries and wasters, he was a player of rare humility and grace. I would argue that Durham's piece sums up Durham, in that this moronic cretin is such a low quality journalist that he has to deliberately write such rubbish to suck in readers to an extremely crap website.

Finally JET is looking awesome at the moment, he scored a hat trick against a very good West Ham Reserve side the other night and his goals were not average by any means. He has certain attributes which are very rarely all present in the same player. He has pace, skill, trickery, dribbling ability, strength, size, a lovely left peg and a great finishing instinct. JET is very close to getting a shot at the first team, maybe a Premiership loan move will come first, I don't know, what I do know is that he deserves to to put ahead of the likes of Carlos Vela in the pecking order. Henri Lansbury is also looking rather handy. One thing we are not short of is young talent and we should not take it for granted.

Terrific piece 1979 and well said. I was immensely proud of the reception given to Eduardo and it does sum up Arsenal. We are a club of integrity and honour.

The situation with Fat Wayne is hysterical. Anyone should be able to see that the fat pie-smoking Shrek-a-like is fast becoming past it. This is not a man who looks after his body and at 24 is playing like a 34 year old. His pace has gone already and his small mind is shot to pieces.

I would be delighted to see him at Citeh. Maximum punishment for Manure. Alternatively, he can form the Axis of Cunts with Terry and Cole at Chelsea. What a despicable trio they would make.

I am also proud of Cesc's comments about Citeh, which must be viewed as digs at Kolo and Ade. He may want to play for Barca but who wouldn't given half a chance.

I also agree that we look far better without the podgy russian midget on tuesday. He really has been crap this season. Wilshere, on the other hand, is proper.

Durham is no different to the sensationalist hit whores, you know the football sites with ridiculous titles deseperate to attract gullible punters. Durham and his mates simply decide to be as inflamotary as possible, more likely goin again st the grain and espousing the complete opposite views to the mainstream. Some times, this is good (his assertion that Wilshere didnty deserve a red card!) but more often complete wind up tackle. He is an irrelevance.

Back to Arsenal; I am hoping Djourou turns out to be the player i always hoped he would before his terrible injuries. he is looking good and fingers crossed, he plays well again on Sunday. Looks like we will be needing him! Same applies to fabianski too.

Just read Adrian durham's post and thought what an absolute wanker,good to see supporters from other clubs totally agree.

Like you I also found Durham's piece of crap in the form of a column extremely insulting. I am saddened by those who would go so low in order to get a moment of attention.