Sublime, bring out the superlatives 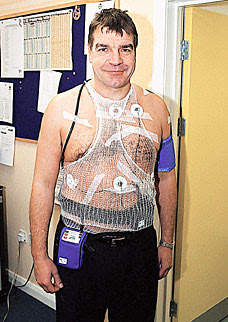 I'd be surprised if anyone could be negative after such a fine performance, other than fat Sam our course. Blackburn came to foul, cheat and niggle as all fat Sam teams do, so what a great pleasure it was to see them served up a good portion of roast fatty northern walrus with a side of humiliated onion bag dwelling ex-spud.

The early goal made a difference, Arshavin striking after an incisive bit of work from Walcott down the right flank, Theo certainly looks like he's been hard at work in the gym over the last few weeks, his pace and dynamism on the right side was truly electrifying today. Blackburn were then extremely fortunate to keep eleven men on the field and not concede a penalty, Warnock rugby tackled a clean through Walcott, stone wall pen, and the ref gave the free kick to Blackburn, truly moronic. Diouf, the vacuous cretin that he is, then tried to break Almunia's standing leg with a shocking late tackle which really should have seen him see red.

Song was imperious, Denilson effective, Arshavin awesome and Walcott like dynamite. Blackburn simply could not live with our tempo and pace all day long. The defence played very well, in particular I though Djourou and Toure looked very physical and strong against some big strong Blackburn forwards. The second goal came midway through the second half, a wonderful solo goal from our little Russian, some great footwork saw him cut inside his man and then cheekily roof the ball past fatty Robinson.

Eboue strode on to slot in two of his own, the first saw him rewarded with a tap in for following up Arshavin's initial effort that was parried by fatty Arbuckle, sorry Robinson. The second saw him slot home a slick spot kick after Vela had been crudely hacked down as he was about to shoot.

This was a demolition. If Bendtner had brought his shooting boots along then he could have easily grabbed himself another four goals, never mind, I don't want to dwell on negatives after such a great display. I'm just very pleased that everything is clicking at just the right time. We have an abundance of attacking options with Theo returning, alongside the new arrival the devastating Arshavin. Song has had his critics but today he was truly excellent, passing with a confident zip and winning tackle after tackle. I would also argue that the Djourou-Toure partnership has a great potential for bearing some ripe juicy fruit. We may just catch the red faced Scot yet!
Posted by 1979gooner at 17:03

The pick of the positives for me was Eboue's boogie. (2nd one)

Fantastic, high tempo, creative display! Everything that our last few 0-0'ers havent been.

The good: Theo Walcott. Explosive pace, troubled the full back all game and played a hand in nearly everything good today. Great to see him back and looks like the months out have made him a stronger player and a better one. Arshavin. Wenger must feel a prat at the minute as everything good in the league has come from this man and all it took was the balls to buy someone good and now Wenger you see what good players can produce. His coutner-attacking pass through two BBurn players to set up Bendtner was reminiscent of Arsenal '04. Absolute class. The Team: All in all solid and hard working with a fantastic tempo and effort.

The only bad: I really didnt want to mention him but today summed up how out of place Bendtner is in a team with bundles of potential. With FOUR, yes four clear cut chances the man missed all and a couple were with no defenders about. The guy is not good enough and im sorry no matter how awesome the team was he cant hide behind what was a poor strikers performance.

Now back to the good, Villa, the balls in your court now...

I definately think that our big dane has a place in this team, his performance was good, absolutely!The only thing that was lacking was his finishing, but please do not forget that he is just 20 years of age, and his game isn just about scoring goals(like eduardo, who is a deadly finisher, but hasn got the shielding and passing skills that bendtner has)! What would you say bout bendtner if he had scored one or two of his clear cut chances? i think he is playing much much MUCH better than at the start of the season, the only thing lacking is his finishing, but i think it will come!just give him time!

Amazing effort from Arshavin!!! 3 amazing goals in 3 games!!! About Bendtner...:):) well atleast we can laugh after the 4-0 win. But,he's a young lad n this is his 1st full season. The fans need to encourage him n no doubt he will be a very potent striker

yes Nikki B......just needs a good finishing.....to score all the goals that he actually misses.....

within him and RVP , they must have missed atleast 100 goals :O

Nikki B's all round game today was brilliant. Yes he was poor in the box, but he tore Blackburn a new hole with ease. is link up play was good, and he won plenty of balls in the air against Samba.

Song was absolutely awesome. His reading of the game was the best I have seen from him. On the back of his performance against Burnley, maybe he i starting to find his game.

Arshavin is pure class. Everything he does is faultless.

A quick word on Allardyce. Just caught my sky plussed MOTD, and his reaction to the interviewer asking what he thought about the Diouf booking sums him up. If Almunia's ankle had been broken (which from the pictures was a real possibility) would he have been so smug? What a twat.

And I want to see the FA punish Morten Gamst Pedersen for that dive - he has been caught out, and should be held for bringing the game into disrepute.

Bendtner had a very good game other than missing 3 sitters. He is getting better and needs the fans to stay onside - no point getting on his back. He works hard the way Ade did before he became a twat.

Song was excellent. Diaby should take a leaf out of his and Denilson's book.

Arshavin is going to be a good signing I think. He played right wing 1st half and left wing 2nd half and interchanged brilliantly with Nasri. Nasri also had a good game.

Final word goes to Almunia who nearly had his ankle broken and then made a couple of important saves. Top man.

Agree on Allardyce, twat, not that we didn't know that already though.

Song had all the tempo and drive yesterday, it was amazing, he didn't look lethargic as he sometimes does when chasing back and defending.

Have to also agree on Obs that Bendtner was good other than his play in front of goal.

The FA are a joke, as arseblogger says today you can guarantee that they will do nothing about diouf and pedersen, sums up their pathetic excuse for a disciplinary system.

That was a welcome performance yesterday.

Poor Bendtner though. I thought he worked hard and was involved in most of our good play. But once he had missed a few decent chances, I think it began to play on his mind and unraveled him to the point where he couldn't even finish when there was only the keeper to beat.

He is not the finished article yet though. I believe he will improve and become a big player for us if we are patient.

Speaking of which, I have not been an admirer of Song, and I still am not sold on him. But his performance yesterday and against Burnley has been excellent and I need to acknowledge that. It stuck right out to me yesterday that his passing was crisp and incisive....and forward! He was really positive and raising the tempo of our attacks. And we have been in need of that. I will continue to monitor him :-)

I'm not saying we should go out and buy either of them. But if one of our centerbacks should leave this summer, maybe we should consider one of them?

Quick question: when Arshavin scored (second Arsenal goal), he ran to the bench and embraced one of the staff. Who was it? It looked like Colin Lewin from behind.

ade misses bunches too, so does RvP, neither as much as bendtner, but as everyone said, he's young...

its pretty ironical but inspite of everything i like Nikky B :)