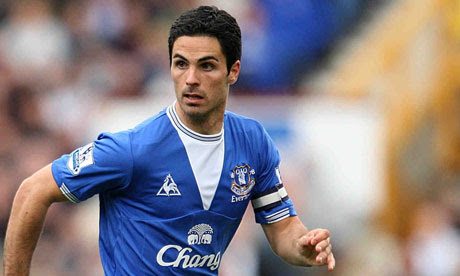 I can conclusively tell you that 99.999999% of the transfer rumours you will read today will turn out to be complete fabrications. Essentially there are a lot of journalists and fans who have no real clue on who clubs are actually after. That is my accurate transfer exclusive.

One minute a certain player is not leaving, the next minute they have left, then they haven't, then it's on again, then Harry Redknapp has nipped in there with an offer of a saucepan, two spoons and David Bentley's tash clippings, the club wants more, negotiations begin and then it all falls apart because the whole thing was completely fictitious in the first place. That's the transfer deadline day for you.

On a serious not there is so much utter horse manure floating around on Twitter it is not true. Some chap posted a photo of Kaka and claimed he was at Heathrow today, shortly it was shown that this photo was 2 years old and not of Heathrow, but an airport in bloody South Africa. This was just the tip of the Twitter iceberg today!

Our whole season is up in the air and rests on just a few hours action in the transfer market. Lansbury has gone to West Ham on loan, meaning that I'd be very surprised if the orders now weren't to bring in at least two midfielders. Given how hard it will be to get top players with just hours remaining, I would expect that the club will put several bids in around Europe and we shall just have to keep our fingers crossed that some of them come up trumps. Come on you Gunners!

Actually the picture you show will be the next signing ARTETA

You're a fucking cunt for the Arteta picture

i actually find it hard to believe that any attacking midfielder that is a world beater worth like 30 mil will join us in the next few hours it just doesnt seeem logical that lille would sell their main man hazard just few hours before and trash their genuine title hopes...all these big transfers happen at the start and middle of the season for a reason...last minute transfers are mostly for players who are in the last year of their contract...

What Anonymous said. The one about you being a cunt. Yeah.

anyone we bring in will need to better than wilshire, song, Frimpong, Arshavin, Walcott, Ramsey, Diaby, Ryo, Oxo, Coquelin. I doubt we'll buy a midfielder.

Personally I think the left hand side of our team will be better this year with Santos playing.

I personally think we need a striker (I hope Park can do it) and a free kick taker to complete the team and possibly a left winger if AOC or RYO are too young and Arshavin continues hibernating. RVP is neither a striker or a free kick taker. He is a link player and is demonstrably not a free kick taker - he was, but Rooney scored more free kicks on Sunday than RVP did in the last 5 years.

I'm not 100% convinced on Walcott who seems to miss some real sitters and go missing for most of the game.

Oh well, hope we get some respect back with the new guys

"Personally I think the left hand side of our team will be better this year with Santos playing. "

- not with Arshavin still failing to track back and give cover on defense.

Those two evertonians posting above.

Don't worry Ashavin would be on the bench as long as Gervinho is fit and not on suspension.

Would rather we give Ryo a chance on the left as he was a lot to prove.