Arsene admits - we are too small 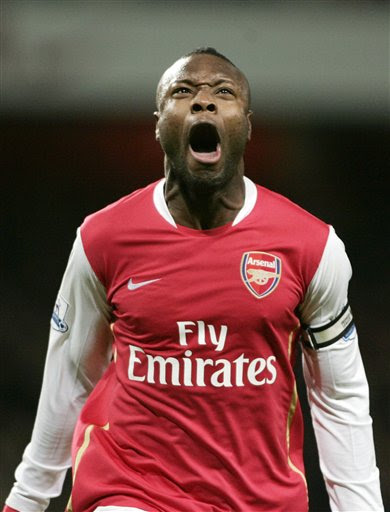 There has been a lot of reaction to our recent defeat to Hull, most of it pretty sensible, even if some of it has been a little over the top and out of perspective, that's only in my humble opinion after all. Arsene has had some strong words to say and even admitted that he was made 'physically sick' by the performance. Maybe Arsene is referring to his hangover that was forced upon him after losing to the not so mighty Hull City FC, maybe not.

"What we delivered today was not good enough and we know that. What was the most disappointing is that we were 1-0 in front and still lost the game, after having struggled in the first half to score."

I agree that the delivery was indeed not good enough, we created plenty of good clear cut opportunities which we should have done better with. I'm not quite so sure about the next bit:

"We were not at the level we should have been. I believe that's more down to the mental side than anything technical. If we had had the same level of commitment as Hull, we would have won the game, as the technical advantage is with us."

If the thirty yarder had been a little less accurate and if we had decided to put away a couple of our sitters then would that have made our commitment so much greater? I am playing devil's advocate I know.

"I don't know if they were complacent, it's difficult to say. Are they subconsciously thinking, 'It's OK, we will do it.' It can happen. But where we are guilty is after a difficult first half, we went 1-0 up and then let it go again."

Here I am starting to agree with Arsene, once we were one nil up it appeared that the players thought they had the game won, they wrote Hull off. How wrong they turned out to be.

"I believe that we have more a size problem than quality in our defending problem. Our centre backs are not very tall. I don't know what we can do. It's not only centre backs who defend. As a team we are a bit short."
What a statement, especially the 'I don't know what we can do' line. This is something that has been eminently apparent for a long time now, it it not a problem that has cropped up overnight. Gallas and Toure have been our first choice centre backs for quite some time. Something could have so easily been done in the close season about this obvious lack of size.
As some have said, would it not now be sensible to drop Gallas and throw big Johan into the mix? Ted also observed that Song's appearances have coincided with a bit more solidity in the side, I'm sure that's more than coincidence. It's a bit of a shame that a hip injury keeps Song out against Porto, hopefully he'll be back soon. One also wonders whether the front two need to up their game, as there are some rather bright striking talents waiting to pounce.

The problem is that Gallas cannot be dropped, this is because Arsene has made him club captain and signed him with the promise of playing regular games at centre back, what an error this now looks in retrospect. I hope the reaction is positive against Porto, fingers crossed, but I suspect that our lack of size will remain a problem all season and the only cure is a radical Gallasectomy.

We're football fans 1979, that's not prt of the deal. You win 6-0 with kids? Genius. Bendtner is the next Pele and Vela is Maradona on crack. Which is basically just Maradona I guess.

Lose 2-1? Idiot. You know nothing. Walcott is a joke. I could do better. So could Madonna on crack.

Par for the course I'm afraid.

But Wenger's comments are vexing.

A bit fucking rich to start saying something now.

even anr has a slight point for once:

a bit ott on rvp, he shouldn't be sold, but he does need to start playing a bit better

Small in centre defense? We're small in midfield - cesc and denilson are like little rabbits running amongst wolves out there, it's ridiculous. Walcott is a jack rabbit but the way he got turned by geovanni demonstrates theo can only run in a straight line. I think the players know they can get pushed around and they just start letting things go. We lacked heart and drive on saturday. The only midfield I'm comfortable with is nasri, cesc, song and eboue, they're not great but they have heart, the rest have no heart. Cesc cannot be accompanied by another smallish player, and yes that includes flamini - they were ok together - did they ever win anything together - no, so let's improve on that. Kompany was available for 6 mil? There were others aw well.

As for centre defense, Wenger's made his bed and unfortunately we all have to sleep in it. Corluka and others were available in our price range. This will be our and just maybe Wenger's undoing. With an appointment like Gallas who has obvious flaws in his game and character, Wenger's judgement has to be questioned. Not changing a side that loses by not showing heart is just suicide. It is clear to me that the way we approached the game and our attitude there is a problem in the side. Saturday was an utterly gutless display.

It is bizarre that Toure will be singled out (in the most likely case of one of the centre backs being dropped) when Gallas is the one who needs a gargantuan kick up the rear. But as you stated 1979, how can you drop the skipper? Well, if you put the team first, you have to, surely. I'm a Wenger man (not boy), but seeing the infallable one suddenly become fallable is scaring me. Yes he's made some donkey dick decisions before, but I've never seen him as stressed as he is now, whilst pretending not to be stressed, (which is even scarier than just being stressed), I don't know about you, but I'm stressed.

the problem is that wenger has backed himself into a corner on the Gallas thing.

realistically I can only see gallas going in the summer, and even then would wenger have the balls to do that?

I sincerely hope so.