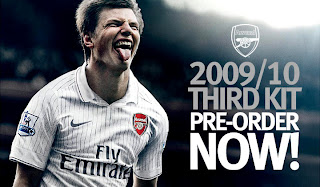 I can't believe it, it turns out that the rumours linking us to Karim Benzema are complete and utter bollocks, well stone the crows that really is a turn up for the books, I am genuinely surprised again. Mr Benzema shall be joining Real Madrid who seem to be printing bank notes this summer. Incidentally I look forward to enjoying every single game which their overpaid players fail to win next season, anything less than the League and Champions League will be a failure for them and I sincerely hope that they win nothing. Their splashing of the cash during the current financial crisis is nothing but disgraceful, and as for Manchester City, don't get me started on them.

Interestingly William Gallas is making sounds that he is keen to stay and fight for us next season, cynically thinking I wonder just how much this has to do with the fact that he only has a year of his contract to see out. Having said that we should keep our minds open, and saliently Gallas was probably our most consistent defender in the latter part of last season until he was sidelined with his unfortunate knee injury. If one assumes that Gallas stays, then that leaves our new man Vermaelen who will surely be a number one pick, as well as Toure, Silvestre, Djourou and Senderos. There is certain to be some more movement in this department before things kick off in August.

Aaron Ramsey has penned a new long term deal at the club, seems a bit weird to me given that he only signed for us a year ago, I guess that's the nature of football these days. It's worth remembering that Aaron is only 18 and has made over twenty appearances for the first team including a start in the Champions League, while he has become a Welsh regular thanks to some excellent international performances. In case you hadn't noticed the club have revealed the rather interesting (I'm being polite) 3rd kit for next season, isn't it delightful?

Finally a brief word for the England U-21s who despite a brave effort got convincingly beaten by the Germans in the final, 4-0 was a very flattering scoreline for the opposition but the game did show just what type of player England is failing to produce. We had a lot of huff and puff but there was simply not the cunning and craft offensively that one needs to open up defenses at the highest level. The midfield trio of Noble, Muamba and Cattermole summed this up perfectly, while the likes of Rodwell and Mancienne didn't start despite having much more ability on the ball than several of the starting eleven. The crafty and skillful technical ball player is something that the English game does not tend to produce very often, the fact that referees allow GBH before awarding yellow cards might have something to do with that I feel. Anyway the final was still a great achievement and Kieran Gibbs had a solid game in the final. Poor old Theo looked a bit lost up front on his own, in my opinion he does look much more at home in wide areas than up top as a central striker.
Posted by 1979gooner at 22:13

I like the 3rd more than the blue one.

Both the blue and white kits are appalling. The only way we can stop Arsenal producing such shite is to stop buying them. So I say abuse anyone you see in the blue or white shirts.

I didn't watch enough of the U21 to comment really, but i will anyway. Theo got a lot of press coverage but played badly, it seems. A top drawer premier league and full international player should be almost untouchable in the U21 environment. Theo seemed to play better for the U21 two years ago.

My view of Theo remains that his speed makes up for a lot of his technical shortcomings. But he remains a technically poor player by Arsenal's standard and his headless chicken routine is getting seen a bit too often.

His passing and defensive work is not good enough to play right wing for us - we would have to move to a 4-3-3 system to accomodate up in a wide-forward-right position. Otherwise, his best role is as an impact sub for 30 minutes.

However, at the moment, he has almost no competition for his place at Arsenal. Eboue was a disaster at right wing and Nasri didn't excel their either. Maybe Arshavin could play there?

Theo is still very very young and inexperienced, he needs time to develop, in fact I am sure the extra games this summer will have helped, he may learn a lot more from struggling than from finding things easy going.

Technically he's good enough, his touch and technique is good. His pace speaks for itself, he is also a fairly natural finisher.

He does not have a natural football brain, I reckon this is his main problem, having said that not many players have that instinctive gift to know when to give, when to go, when to make the run, when to move etc Cesc has it, Arshavin has it, players like Rooney have it.

He'll never have that raw instinct but over time he'll become much better at learning when to dribble, when to release early, when to make the run etc.

He has come on a hell of a lot over recent months. I'm sure he'll continue to improve.

Personally I see wide midfield as his best position, he'll just have to work on the defensive side of his game a bit more, there's no reason why he can't be decent defensively with that pace.

I think we'll have to agree to disagree on theo. I would love to be proved wrong next season.