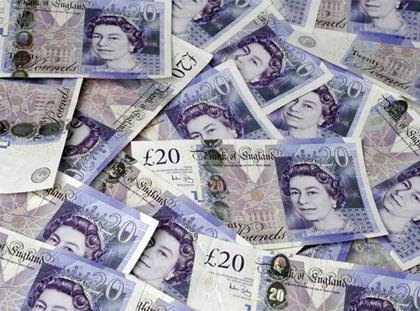 There is bad luck, there are coincidences and there is blatant systematic corruption.  Today Manu have been massively helped on their way to another highly contentious victory by some highly dodgy refereeing from Mark Clattenberg at Stamford Bridge.  This is the same Mark Clattenberg who didn't referee Manu for over thirty games after having the audacity to send off a Manu player at Old Trafford.

I don't like either side so I can be pretty objective in analysing the game.  Clattenberg was spot on with the first red card, Ivanovic left him no choice at all with a cynical last man challenge.  The problem was with what came after this.  Being down to ten men is one thing, it is manageable, but going down to nine is another, and this is what Clattenberg did to Chelsea when he unfairly sent off Fernando Torres for 'diving'.

Evans was beaten by Torres and he wasn't far off being clean through on goal, he slid in and made decent contact with Torres' shin, Torres was then inexplicably given a second yellow for 'diving', ridiculous.  A few moments later Clattenberg then made an incredibly suspicious decision by failing to send off Wayne Rooney for a clear yellow card offence.  Rooney had been rightly booked in the first half, he was skinned in the midfield, effectively rugby tackled his opponent to the floor, Clattenberg gave the free kick but didn't book Rooney, inexcusable and inexplicable, a decision that really stunk of flagrant bias.

Chelsea were now up against it with only nine men on the field, they had previously been in the ascendancy before the sendings off, and to add insult to injury Manu won the game with an offside goal, this was a tough call for the officials though.  When one remembers how Manu got a draw at Stamford Bridge last season with two clear non-penalties given to them, this is a sickening way to lose a game of football.

Overall it is extremely suspicious just how keen referees are to send off Manu's opponents, while the same harsh hand is rarely applied to offences committed by Manchester United players.  I am no Chelsea fan, far from it, but it is appalling that such injustice is so very commonplace in the modern game.  The way Alex Ferguson bullies and intimidates people is disgraceful; it has also has a massive affect on the decisions made by many referees and the governing bodies.  Until we have a fair and transparent referee selection process with video technology and the use of regular retrospective bans, the Premier League and football in general will continue to look very very bent indeed.
Posted by 1979gooner at 19:20

Agreed, if they aren't biased to Man U they are doing a very good impression. Mike Riley is in charge of the refs...

Clattenberg's entire performance was shocking. It always is.

He actually should have sent off torres for the first yellow card assault on tom cleverley.

Rooney should have been dismissed.
Van Persie and David Luis could have gone - Luis had about 4 yellow cards but only got one.

The goal (which looks even more offside than Arteta's) should never have stood.

The good news for us is that we are 3 points closer to the top. Chelsea have 2 players facing suspension and that might cost them a couple of points.

Man U have shown Wenger exactly how he will set up against Arsenal - so there is a week to find away through a central quad of Evans, Ferdinand, Cleverley and Carrick.

Game on - unleash the OX. Put Serge on the bench and lets get this party started.

For over 2 decades now Man U have been receiving dodgy refereeing decisions in their favour, from additional time added on until they conjure up important goals or dubiod penalty awards, or like this weekend red cards given to opponents while Man U players escape punishment! One theory given a long time ago was that the FA view Man U as the "Flagship Club" of the EPL and there is an unwritten understanding by refs that they are to be favoured in order to promote the name of teh EPL... and when you think about it, it makes sense especially when you look behind the scenes at who are the people who run the FA!