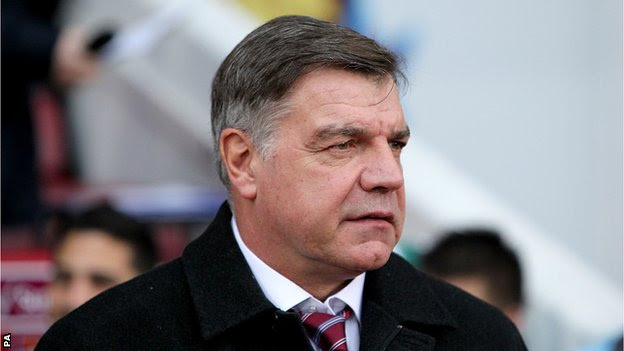 'The one difference between Rafael’s handball and Spence’s was that Jordan plays for West Ham away against Manchester United and Rafael plays at home at Old Trafford........'It's got to be that simple. Phil Dowd was in the perfect position. Rafael pushes the ball away with his left arm. No penalty. Go to the other end and the ball hits Jordan’s hand. If you give one you have to give both, simple as that.'

It is utterly pathetic that the FA have charged Sam Allardyce for daring to point out the terrible bias of referees in favour of Manchester United.  His comments above are simply a fact, Dowd's refereeing was inconsistent and biased.

The biggest disgrace in all this is that the FA routinely do nothing when Alex Ferguson abuses, intimidates and says far worse about referees.  This is because the FA are in Manchester United's pocket, as are the referees' body, the PGMOL.

I agree, however, fuck him. He has been a Fergie rent boy in the past. every time Arsenal went to Bolton we got the shit kicked out of us. I never saw them play UTD like that.

Fuck Hippo Head, even if he is right.

Football in England is dying slowly because of the greed, inconsistency and bias of those in charge, the FA and the Referees.

You forgot to mention Sky. ManU are the league's flagship brand and they will do anything to preserve that. Sky are of course the main reason ManU have had this exposure. The manner in which their commentators talk about ManU (as opposed to us), the way they cover up the cheating that goes on, either by the commentators themselves, or through lack of replays, etc just shows the ones who care to look that fairplay doesn't exist in English football, and instead there is a cover up operation every time something unfair happens. Silencing managers is only part of it.

Also, do you know how much power the FA actually has? I know they must have powers of review in the FA Cup, although the PGMOL might have some say on ref appointments even in the cup. But when it comes to the league, I think the Premier League runs the show, and the FA's hands are mostly tied.

There was a news item when Derry's red card against ManU was not overturned, and Balotelli wasn't given a ban for his assault on Song, that those decisions are taken by an anonymous independent panel, and not directly by the FA. Do you know how things work behind the scenes? For me, it's all guesswork at the moment because there is such a lack of transparency.

So England is corrupt like the developing and third world countries. I thought they are pace setters.

You are right to a degree, FA don't have much power, it is the PL who run the show

In fact PGMOL is joint owned by PL and FA