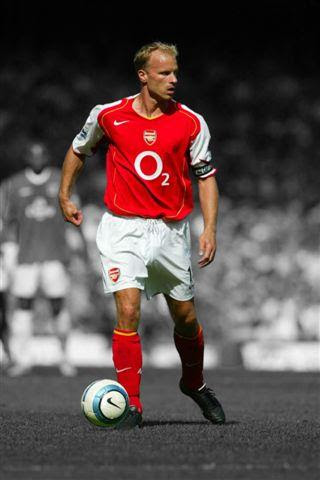 I was pleasantly encouraged by a lot that Gazidis said this week, certainly the hints at sorting out the wage structure and working to make financial fair play work have to be positives.  I never cease to be amazed how some fans expect Gazidis, and Wenger for that matter, to reveal all the club's secrets, it is so ludicrous and idiotic to expect this.  These fans would do well to remember that extracting maximum value from player sales revolves around a cunning game of bluff and double bluff, the same is true for buying players, our club officials and manager must not reveal their poker hand, they need to be secretive to to the best possible job for AFC.

Anyway that got be dreaming.  I started thinking of Almunia, Fabianski, Squillaci, Djourou, Denilson, Arshavin, Vela, Bendtner, Park and Chamakh.  That is just for starters, that is 10 players on big wages, they must take up about a quarter of our wage bill between them, somewhere between 20-30million of wages I would guess.  I don't think many fans would argue with clearing out this lot, obviously Almunia has already gone, so that leaves nine to go.  I don't think many could argue with this ten for a variety of reasons, Djourou has never been consistent enough and if the club are being offered what is rumoured, we should bite their arms off.

If some of these players do well at the European Championships, Arshavin, and Bendtner the cases in point, then we could actually extract some decent money for them too, also some of them, such as Carlos Vela, have done very well on their loans and could also attract a decent fee.  Maybe I'm being overly optimistic, but if we could clear out this ten, bring in about 20-30million in transfer fees and clear a massive quarter of our wage bill, then it would be half the job done.  We could then set about strengthening a much leaner squad, the reduction in the wage bill would leave us room to bring in four very highly paid players without even increasing our wage bill!

Obviously clearing out a good chunk of this dross is a big challenge but I have my fingers crossed, a lot also depends on what happens to RVP and Theo, if they do not sign on then they will be sold, of that there can be no doubt, talk of them seeing out their contracts is just brinkmanship to get big transfer fees if needs be.  If Theo and RVP sign on I think we would only need 3 quality additions to be competitive, if not then we would need to replace them and add three to that.  Come on you Gunners!  The window is still young.
Posted by 1979gooner at 09:38

Djourou to perform well at the Euros ey? Might be a tad hard considering Switzerland aren't in the Euros!

Yes, but that so called 'secrecy' is akin to understanding the 'dark arts' ... and Arsenal kepp clearly getting their tactics wrong, if you go by the absolute previous recent 'bugger-ups' in transfer dealings and potential signings because of idiotic hesitations ! I mean, lets be clear about the fact first, please - don't twist the failures into some kind of righteous logic !!
We seemed to have lost out on Vertoghan becuase we were way too bloody slow in appraoching the guy and the Spuds up the road duly obliged. We lost Ricardo last window too, when the guy had called us out first ...
Arsenal, sort your s..t out !!

Wow, I dont know what is worse, you being encouraged by Ivan's repetitive, tiresome rhetorical crap about FFP or hoping that Djourou does well in a tournament he won't be taking part in. Cracking stuff.

all the players to sell must inclued Theo Walcott doesn't do enough for me and wants a pay rise to 100k a week sorry wasn't worth the 70k we are paying him Chelski are reported interested good bye and we can have Sturage in part of the deal, also i think R.V.P will go if he had signed a deal at his so called i'm a gunner before the season closed we would have got to 3RD with ease and brought the players club and fans together, he's 29 at the start of the season it's only the 1ST time in 8 seasons he has come though a season without injury, i would get top money & buy a young top striker for the future cos if he gets injured again & misses half the season he will be 30 at the next

Let me pick myself off the floor after being hit by that powerful response of "supporters my arse" because I refuse to be sucked in by another year of scripted Pravda like rhetoric from Ivan Gazidis. Seeing as your username is '79 I imagine that you were either born in '79 or went to your first game in '79. Either way, I've been following The Arsenal alot longer then you skipper so think of something a little more original then trying to belittle my support just because I don't pray at the altar of this current Arsenal regime. You need to wake up to what is happening here my young friend. Same crap, different season.

I don't care if you've supported the club one year or fifty, in fact being a supporter for many years should mean that you are a little more balanced and less reactionary....

You need to get behind the club you claim to support and give the club a chance to act in the window, before letting the unfair criticism flow

How about you wait a bit and see if the board have learnt their lessons?

Your style is so unique compared to other people I've read stuff from. Many thanks for posting when you've got the opportunity, Guess I will just bookmark this page.

Hey, fancy writing an Arsenal article for my website?www.youthsoccerwatch.com If yes, mail me at nkemegboga@yahoo.ca

Solid read. Good analysis and its a good dissection of the intersection between fans and the internal operations of AFC.