How long must we endure this defending? 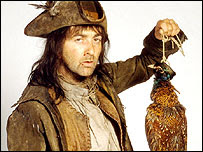 I can no longer reach for excuses, it is a hard and simple fact that we have not defended well enough as a unit for a long time, and it has cost us points time and time and time again. Our shambolic and sloppy defending cost us another three points today against a poor Blackburn side. Amazingly we could still have won the game despite conceding four, we created the lion's share of the chances and dominated the game. However as we have learnt in recent years if you cannot defend a lead, one will throw away points left, right and centre.

There was a large element of misfortune present in today's defeat but if we had defended properly then this would not have any impact on the result, we would have won comfortably by a country mile. There was the obviously offside goal, the Walcott penalty et cetera. However to focus on these would be foolish, the focus should be on Santos' positioning for Blackburn's first, on Song's non tackle for Blackburn's fourth and all our terrible terrible defending. Offensively we created enough chances to have scored ten goals, in fact if Blackburn had defended as we had then we may have scored 20 goals. The basic point is we were absolutely bloody awful defensively yet again and the manager knows this:

"You cannot say you are not worried when you see the performance we put in today. It’s just not defensively solid enough. At the moment we do not have the capability to focus defensively for 90 minutes to win games. It is important you do not give cheap goals away like we did.”
I am struggling to express myself with the use of copious expletives. We have been defending like rank amateurs, like a pub side at times, for years, this is no new trend, we have been leaking too many goals, we have slackly let numerous leads slip. It is the manager's job to organise our side offensively and defensively, and it is clear that he has not done the defensive part of his job for a long time. This is not acceptable and it cannot go on.

So what are the reasons for this defensive incompetence? They are multiple and complex in my opinion. It is partly down to personnel, certain players have not performed well enough, Djourou and Squillaci are two obvious examples. Sagna's injury was obviously key today, the lack of a decent back up right back was evident and exposed for all to see. It is far more of a collective organisational problem than an individual one in my eyes. Non league sides with far poorer individuals could have gone to Old Trafford and put up a better defensive showing, our defensive woes are largely down to our lack of structure, organisation and the way in which we are set up to defend tactically as a unit.

It is blatantly obvious that things are not right on the training ground, we need better management of our defensive game on the training field. Tactically we also are set up like amateurs. This was summed up by the substitution of Francis Coquelin at Old Trafford, by far our best defensive midfielder, this typified the naive and overtly stupid approach Arsene has to setting the side up defensively.

I do not like the way we play our 4-3-3 system, it simply doesn't work with the players we have within it. The full backs get very little support from the midfield and we have too many forwards who do not contribute enough defensively as well. Add to this the fact that we are all over the shop from set pieces, our offside trap is about as cunning as a Baldrick plan, man marking that is often non existent and our inability to attack the ball in defensive areas, then you have a recipe for the pure unmitigated defensive disasters that we have witnessed in recent weeks.

Realistically we will be lucky to get near the top four this year, our current form is that of a side fighting relegation. There are some mitigating circumstances, it will take the new players time to gel and it will take time to rebuild our fragile confidence. The most important thing is that defending is made our No1 priority on the training pitch, we must spend hours drilling ourselves becoming a disciplined grinding defensive machine. Tactics need to be changed too, we need to revert to a 4-4-2 formation fast, errors must be acknowledged, every player on the pitch must take more defensive responsibility. We need to sort this mess out fast otherwise we will sink.
Posted by 1979gooner at 19:01

How can Arsenal sort the mess out when the person who is to blame for it has found no solution for at least 5 years? There's only one answer, get rid of him. The longer it goes on, the longer the misery. Any fool can see this is not working. Wenger is not working. He has to go.

I am inclined to agree with you, although it pains me to say it.

I think it's reminiscent of when Kevin Keegan was at Newcastle, all the focus was on attack and none on defence. He had the mentality of if you score 7 we'll score 8 - and we know what happened to KK. If Wenger doesn't change his stance on defence then he's going to get the boot .... Bring in Keown or Adams to sort it out or you will be gone by Christmas Arsne ....

You're right, for a very long time we have shown on the pitch that our defensive PROBLEMS come down to lack of proper coaching and orgnization rather than the defenders we have....Song's og today was a perfect example, everyone knows than when a set piece like that one is taken, a couple of yards from the end line meaning that the space in front of goal will be overcrowded you have to put 1 defender on each post to help the keeper who can not cover all that space when the ball comes in quickly and everyone is kicking, when I saw them set up leaving the posts empty I knew that ball was going in....but this are things that HAVE TO BE DRILLED OVER AND OVER.I still believe there are not many coaches out there who can fill Wenger shoes but; unless someone imposes a qualified defensive coach on him, I don't know if he'll be able to keep his job, this weakness has become systemic it's not a one game thing and has to be taken care of or it'll destroy the team to a point where it'll have to be rebuilt from scratch.

There is no chance of this changing until the manager and his staff is changed. Mr. Wenger is just too stuck in his mindset. He cannot adapt.

Another issue is the excuse making over the years instead of holding the players accountable for slack performances and mistakes. Afraid to injure their frail egos.

If the players knew it would not be acceptable, they would be stronger mentally for the bollicking they received when merited.

Instead, they're coddled so they feel safe from reprimand, and therefore do not focus and fight to win as they should.

It is an environment that encourages and perpetuates mediocrity.

Way past time to throw out the zen and serene atmosphere. Time to institute a more regimented and serious attitude inside the club.

You think Ferguson or George Graham would tolerate that?

I know it's just a game and somebody has to lose, but the denial from everyone at the club is just disgusting. You wouldn't get it in any other sport or profession.

Your headline should be;

"How long must we endure Wenger ?"

Play in Germany without Wenger in the dressing room = decent second half performance.

Play in Blackburn with Wenger in dressing room = team collapse in second half.

Can anyone spot the problem!!

WENGER OUT! I'm not going to pay to watch such a second rate bunch of players sent out by a manager who has lost the plot. This is the worst defense I have ever seen!

Just get Wilshere and Vermaelen healthy, and crap like this game will not happen again, and all the Wenger Out Brigade will look like the fools (or anti-French bigots, or perhaps both) that they are.

Uncle Mike, you are wrong! It's time for Arsene to go, he hasn't kept up with the times and we have been left behind. He did too little too late in the transfer window and we will struggle this season. Players like Djourou, Squillachi, Almnunia, etc not good enough but AW can't see it.

The point, I think, about George Graham is that he knew how to organise a defence and didn't mollycoddle anyone.

Agree completely...you CANNOT expect to win on the road in the Premier League defending like 11 individuals. You could spend all the money in the world on defenders and if you put them out there on the pitch with no organization, they'd look just like Arsenal do at the moment...rank fucking amateurs. Look at any team sport and it's the same damn story...you have to defend as a unit and it's been too long since we've resembled a side that knows what that is like!

wenger should leave!why do people ask the question"who else can take over?"there are many coaches who can take arsenal to the next level.

Have Arsenal fans considered that the club could be heading for relegation?Look at the next fixtures.Wenger should leave now before the Spurs game.

If you fans look at how ferguson - no doubt we dont really like that rednose - but how he had so quickly fixed and sorted out his squad in the early summer...and now how compact and well they are playing, you'll see the quality of the management they have compared to us. Is there any hope left with wenger? Up till today, he's still scouting for babies with potentials.