Medical misinformation and a waxwork danger 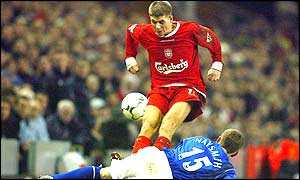 Being a man of some medical knowledge I always have a little fun, sad I know, it trying to work out what injuries players have sustained from the scanty amounts of information that the clubs feed to the press. Many Gooners will be shedding a tear for young Ashley Cole who has apparently broken his ankle. Chelsea are brief in detail and say he will be out for three months. This strange, I can hear you all saying why is this strange? Well any ankle fracture that doesn't require an operation will generally only keep footballers out for two months or so, and it appears that Ashley Cole hasn't had an operation. I suspect Chelsea are deliberately overestimating the time he'll be out for, I shall wait and see.

It is easy for the average supporter to get scared when long medical words are thrown around when referring to fairly mild injuries that would never have been scanned in the past. It is common sense that the injuries sustained by Alex Song and Arshavin were not that serious, this is because Arshavin ran off the pitch with the mildest of limps and Song finished the match. If Arshavin's hamstring was a bad one then he would have limped off in a much more laboured manner, while if Song's medial collateral ligament tweak had been a bad one he would not have been able to finish the game with it. It is never easy to predict the exact times players will be out for even when one has access to the full information, but it is hard to see Song or Arshavin being out for more than a couple of weeks or so.

I'd like to take this opportunity to congratulate Abou Diaby on a great performance last night. He not only provided some flair and creativity, but more importantly he showed the desire, work ethic and determination to be a continual thorn in Liverpool's side. Over the last few months he has really started to deliver consistently, he has had several outstanding performances, there has been more discipline and the stupid errors are far more few and far between. I do like to be a smug git and say I told some people so, but I have always thought Diaby would come good, I now think he really is and he is winning a lot of doubters over. One man who also deserves a bit of credit for last night's win is Manuel Almunia, if one looks for fault in a goalkeeper one will always find it, I think Manuel has been scapegoated at times in the last few months, personally I think he's doing ok and we should get behind him more as supporters, as confidence is so key for playing in this position.

On the week that a waxwork model of Steven Gerrard was unveiled, I kid you not, it is rumoured that the actual one in Madame Tussaud's has been programmed to attack unsuspecting members of the public without provocation with repeated right and left hooks. What this violent convict has done to deserve a place in this hall of fame is beyond me, maybe they'll put him alongside Tony Blair in the c*nts section. While we're on the subject of high order tossers, have a look at 'arry redknapp's comments just before we beat Liverpool and the spuds lost to Wolves, 'back in the pack' are we 'arry?

Liverpool and Gerrard's pathetic antics on the pitch and after the match does nothing but make them look like a bunch of moaning ninnies. Cesc indeed had his hands up, but they were protecting his face, it was outside the box and the free kick was given after two (yet again) dives by Liverpool players. It was even less of a penalty than the one that was blasted into Vermaelen's body at 100mph from point blank range. Gerrard thought it was 'crazy'. Well Steven you uneducated moron, I would call it crazy that a violent thug such as yourself is allowed to get away with routine cheating and leg breaking tackling by the media. Manu fans can see that Gerrard gets away with murder, it is pretty sad that this scumbag is pretty much idolised by our media and is therefore untouchable, it says a lot if people are going to look up to scum like Steven Gerrard.

Excellent blog & very interesting stuff on the creative reporting by clubs on injuries. I hope Cuntley's injury means he will miss the World Cup! The less said the scum the better! 2 hell with those cheating Scousers! I'd also like 2 thank the blue Scouse for piling the misery on holiday bound JT, Ballack & the blue side of West London!

Good blog. Wouldn't surprise me at all if Chelsea are lying about Cole's injury, they do it all the time.

Can't improve on your comments re Gerrard, he was a disgrace on Wednesday. His serial diving gets repeatedly ignored by the media and refs.

And since WHEN is a handball on the line a "penalty"???

Why couldn't Cashley's injury have happened just one week sooner? We might have had a chance. I loathe him, and I loathe Chelsea. There is not one person associated with that organization for whom I have any respect. The talent thereof, yes; the people, no.

Madame Tussaud's has a dummy (better word than "figure" in this case) of Steven Gerrard? You forget, this is like TIME magazine's "Person of the Year" award: It can go to not just the noted, but also to the notorious.

When my mother visited London, she went to Madame Tussaud's, and the guide said that only one statue had to be behind glass: Hitler, because there were still World War II veterans coming up to it, spitting on it, scratching it, and otherwise defacing it.

I should have asked her about the statue of Diego Maradona (this would have been just after the 1990 World Cup, thus also after his '86 Hand of Bacchus goal), but she would have said, "Who?"

apparently Cole has had surgery, shows what I suspected!

he will be out for three/four months I'd imagine