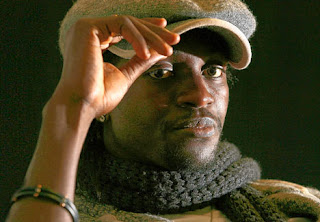 If Emmanuel had done what he did on a rugby field he would have got far more than a three match ban. The deliberate stamp on RVP's face was beneath contempt, he should have got at least a six game ban for this act of clear malice. He knew what he was doing, it is obvious from the footage that he saw exactly where he was raking his filthy studs. The FA have given him a very lenient sentence. In my opinion there is no discrimination by the FA between the careless and the evil. Their disciplinary system is a farce, an inconsistent joke. Of note Adebayor has not apologised to RVP for almost taking his eye out, what a classy man he is.
They have now fined Adebayor 25 grand and given him a suspended two match ban for his pathetic celebrations. The FA stated:
"In reaching its decision the Commission took into account his admission of the charge, public apology and the extremely provocative nature of the abuse he received."
This doesn't cut it for me, it is weak in the extreme, it effectively condones players reacting to supporters which is a very dangerous precedent to set. Here is Adebayor's 'apology', if one can call it that, in fact he doesn't really make an apology at all, he just gets forced into admitting what he did was wrong and says he 'feels sorry' for what he has done.
Whatever one thinks of events it is clear we are better off without this immense penis of a human being in our squad. A lot of our morale problems appear to be rather Adebayor linked, it seems more than a coincidence that so many of our players have now fallen out with Adebayor. I am disappointed at the FA's weak words, they should appreciate what this cowardly money grabbing weasel has done to our fans. The man lied to us, he never apologised for his shambolic behaviour, he then behaved as if nothing had happened and put very little effort into several very big football games, and he now does this. The man is beneath contempt, money cannot buy you class Emmanuel, you are beneath contempt.
Posted by 1979gooner at 20:21

Did you expect anything more of the FA? I sure didn't. Naive if you did think they would in my humble opinion.

Yep. No great surprises with this one. Adebayor is a fool and good riddance to him.

the best revenge is winning it all without Ade. and since his celebration, we are undefeated. lets keep it rolling. woo.

You just had to put up a photo of that lowlife scumbag, didn't you? Grrr.

I didn't exepect anything better from the FA -- however, it is absolute FANTASY that Ade was brutally abused at the City game by gooners. This has now been enshrined as fact and it simply is not true. The chant that gooners sang was the one about Arshavin, the last two words are "f---k Adebayor" and I think it does call his mother a whore. Nothing worse than other chants aimed at certain players every week.

The chant with the racist reference to "elephants" was sung by the CITY fans -- they revised that racist chant to praise Ade's sexual prowess. That elephant chant was sung to Ade by many opposition supporters when he was with us (incl. CITY fans). It was GOONERS who'd respond with louder chants in support of Ade to this racist provocation. Here is the youtube video of CITY fans chanting their revised version of the racist elephant chant: http://www.youtube.com/v/kLtFvCAIZlU&hl=en&fs=1&

This is the chant that gooners sang throughout the game: http://www.youtube.com/watch?v=Yw4qBF135W8

And this is the (unrevised) racist elephant chant that Ade was often subjected to by opposition fans: http://www.youtube.com/watch?v=NdaOB2ca_kc&feature=PlayList&p=9CD2A4808A40D0E1&playnext=1&playnext_from=PL&index=88

The above doesn't absolve those gooners who threw things at Ade (and injured a steward). But to say that the abuse thrown at Ade was any worse than the kind of stick other players get every week is laughable. It's just another demonstration of Ade's incredibly thin skin. He makes even Cashley look like he has more class.

Adebayor is a wimp. Let's see him face what Wenger faces. Or what Cashley faces. Or what Roy Keane faces, all about him and his pooch. Or Gerrard and his nocturnal fisticuffs. Or Rooney and Lampard and how ten men went to lift, went to lift them. Or Terry and his penalty-kick shortcomings.

He can dish it out, but he can't take it. Sounds like a Tottenham fan. Maybe we should prepare a nice lasagne for his night-before dinner when he comes back in April.

i don't think we should waste our breathe on this cretin.Wenger made him and he has shown how ungrateful and shallow he is,he is nothing but a greedy mercenary with limited talent.Best thing that could happen to greedywhore is that he loses his legs to a rabid rabbit and dies a agonising death due to gonorrhea round the arsehole!!