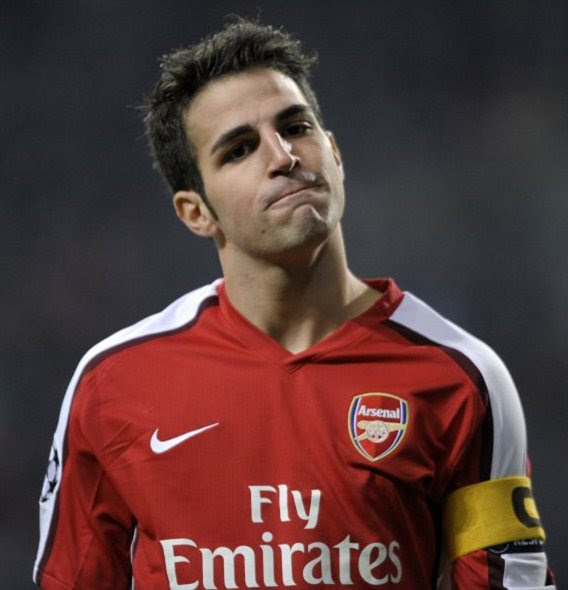 With the season reaching the whimpering stage at a premature point, we are set to endure an extended period of media speculation and rumour concerning the ins and outs at Arsenal Football Club. It's hard to avoid clicking on those annoying made up transfer links, I know, but do yourselves a favour and ignore the rubbish, let's remain patient and see what happens.

I am sure the club's tentacles have been spread far and wide, there are certainly many unpredictables and we must plan as best as possible for these. Will Nasri and Clichy extend their contracts? For if they do not then we must be prepared to let them go and replace them with quality. Is Cesc fully committed? If he is not as I suspect then he must be sold, there is no room for those who will not work their socks off for the club in every game, there is no passenger space.

I think getting rid of some of the dead wood in the squad will be at least as important as who we bring in. There are some marginal cases but there are some clear cut cases of players who have repeatedly failed to impress. The five who I would definitely ship out are Almunia (consistently poor), Squillaci (lethargic defending time and time again), Denilson (mediocre and no progression), Vela (never delivered) and Rosicky (never enough from him). There are others whose form has been erratic and lacklustre such as Diaby and Arshavin who may well also be on borrowed time. While if Cesc is not fully committed he must be sold.

Scanning through our squad it is obvious where the problem lies. We have an abundance of relatively attacking central midfielders, very few defensively solid midfielders and very few genuine wingers. The formation that has failed is so consistently at home (4-3-3) is more a result of our squad imbalance than anything else, this simply must be addressed in the summer.

An experienced keeper would be needed to replace Almunia, a centre back to replace Squillaci, the future of Bartley seems a bit of an unknown at the moment, if Clichy goes then Enrique of Newcastle would fit the bill, this would then leave us pretty well off in terms of defensive players assuming Vermaelen stays fit. Blackburn's Samba would be a useful defensive addition.

The midfield is a far bigger conundrum and it is essential that we correct the balance that has left us without that shield in front of the back four that used to be such a defensive key. Theo is the only player who can play on the right, and it may well be that his future lies more centrally, meaning a purchase here would be essential. Ashley Young would be a fantastic acquisition from Villa, he only has a year to run on his contract and would be a fantastic left sided player for us. Add to this one solid all round physical midfielder who can defend and I then think our squad would be looking far more balanced, especially when one considers that Frimpong, Lansbury and Coquelin may well return to add some depth too.

Up front I think we are close, if we return to playing two up top then this would suit Bendtner and Chamakh far more than the current system, either would fit well up front with RVP just off them. There is perhaps a slight lack of pace in our side these days, so maybe Theo will more into more of striking role in the next few years, if he doesn't then a young hungry striker with pace who likes to drop off the shoulder of centre halves would be useful.

We're not miles off but certainly some decent changes are required to properly debride the squad. One of the most important things is that we get rid of any player who is anything less than 100% committed to the club, we have seen in certain smaller games that any complacent lack of effort will be punished. No matter how big a player's name or reputation, they must go if they are not dedicated to Arsenal Football Club, we need eleven players on the field every game who will fight and die for the club's name.
Posted by 1979gooner at 09:09

Good analysis but your entire post can be summed in 2 words: WENGER OUT