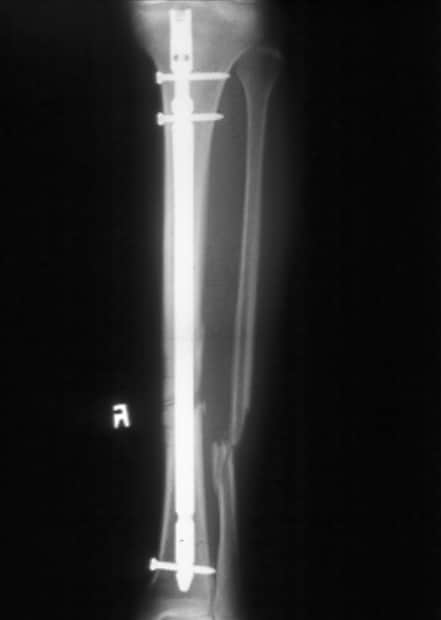 I don't think many of us who attended yesterday's match would have felt particularly safe until Andrei Arshavin banged in the third with barely seconds remaining, we never looked particularly solid at the back but always threatened at the over end, with some better more clinical finishing it would have been all over much earlier, still this all contrived to make it an exciting seat of one's pants kind of game.
Burnley came to play football and as a result looked exceedingly open at the back. From early on Theo was finding the time and space with which to cause havoc, my only criticism would be that some of his crosses were a little pedestrian, lacking the pace to really force errors from the Burnley defenders. A few good chances came and went, we had to wait until Nasri's delightful little pitching wedge found Cesc's run from deep and his first time side footed effort did the rest, one nil it was at half time.
Bendtner was having one of the those days, he missed two absolute sitters with the score at one nil, Burnley then capitalised on some rather vacant defending, the midfield somehow let a looping header bounce through to the centre backs, the centre backs were too far apart and Nugent was then given the time and space to dink a neat finish over the helpless Almunia, the tension around the ground was immediately more palpable.
A lot of credit must go the Samir Nasri and Theo Walcott who worked tirelessly and provided our dyamic attacking edge. Theo was direct and lively all game long, his brilliant controlled side footed finish with his weaker left peg was reward for a fine day's work. Cesc's hamstring tweak led to Nasri being switched to an attacking central midfield role, this is where the young Frenchman really looks at home, he gets stuck in and does a bit of everything here, if Cesc's hamstring is too dodgy for Porto then I would strongly favour Nasri to remain in this role.
Some of our recurrent failings were rather obvious at times, Clichy was caught ball watching and out of position on too many occassions for my liking, Denilson's positioning and defending was not good enough for long periods. However we got the three points and that's what counts, Bendtner may have missed a few sitters but he gives us so much leading the line, Theo is getting sharper with each game, it was also good to see Abou back and looking strong, Arshavin's goal capped a strange appearance for the Russian, he looked rather off the pace until he powered the third goal home. The slight concern is that a better team than Burnley would probably have punished us more ruthlessly for our defensive failings, this is something we must sort out for the remaining few games.
Elsewhere there has been some utter hogwash written on Aaron Ramsey's surgery and injury. Arseblogger spotted a piece in the NOTW on this precise topic and it is a classic example of just how dumbed down and inaccurate this kind of gutter journalism is. The NOTW make out that the treatment Aaron had, something called a tibial nail - basically a metal rod down the shin bone, is 'remarkable' and according the the NOTW's 'expert' (my arse, this man is a GP):
"I must say the operation carried out on Aaron is a pretty unusual, and reasonably recent, procedure."
Hilary Jones is speaking bullshit. This operation is not unusual, it is the routine treatment for unstable tibial shaft fractures, hundreds and hundreds are done every year in the UK, in fact tibial nails have been around for decades and primitive ones were even around before the 19th century. The rest of this NOTW article is littered with errors, they are trying to make a very standard treatment appear to be rocket science when it clearly is not.
The great advantage of the tibial nail is that if your fracture is stable enough with the nail in situ, then one can fully weight bear immediately, and the beauty of this is that the early weight bearing stimulates the bone to heal much quicker. The tibia is one of the slowest bones to heal in the human body and is extremely prone to not healing (non-union), the tibial nail has revolutionised the management of fractures like Aaron's, the relative stability provided by the nail for healing combined with the weight bearing has dramatically reduced the chances of these fractures not healing, the fact that one can get the ankle and knee moving freely straight away also dramatically reduces the chances of getting troublesome stiffness. The message is don't believe a word you read in papers like the NOTW, a five year old could do better.
Posted by 1979gooner at 12:42

Good shift from Walcott yesterday, his best of the season me thinks. And Nasri did well in midfield.

I did exatcly the same as Ramsey when I was 19 in 1995. I broke both my fib and tib, in a carbon copy tackle and break that happened to Ramsey. I can tell you from experience it hurts!!

They take your knee cap away from your leg, drill the marrow bone from your bone, line the break in the bone up and then slide the rod all the way down to keep the break in place. They then put screws in to keep in place.

The doctor who did mine said the routine had been out for 6 months and if I did it 6 months to a year previous I would have been in traction in hospital for 4 months.

Hilary clearly knows fuck all. Should stick to his problem pages.

From what I have seen , people who get those never walk normal again for a long time.Because the wight is put on the good leg and those muscles do more work...throwing the body out of normal balance...
I hope the physios do a good job on ramsey...

being a young fit guy, he'll be walking quite well after a month or two

it will take a good three months, sometimes more, to heal solidly

when it's healed solidly then one can start doing impact stuff

i'd expect he'll be out for an absolute minimum of 6 months, but that would be amazing,

Thanks very much for the medical explanation, 1979. Somehow the information makes me feel more assured about Rambo's return. Eduardo came back and played about 11 months after his injury so I am using that as a reference for Rambo. Hopefully he can come back fully recovered and regain his ability better as he is younger than the Croatian.

Does the nail stay in the Tibia permanently?

unless the screws are prominent or the nail is niggling where it enters around the knee, it stays in

So Ramsey and Eduardo are both Terminators then, with their metal skeletons underneath human flesh and skin! Hehe...